How to Protect Your Batteries

The operation of an aircraft produces a significant amount of heat inside the  engine compartment. Heat is transferred from hot surfaces like an engine head or exhaust pipe by radiation and convection to other components inside the engine compartment. While on the ground with little air flow thru the compartment, both forms of heat can be an issue. When in flight, with good air flow, convection heat transfer is less of an issue, but radiated heat is still a problem. Excessive heat can be a major cause of premature equipment failure, including electronics, electro-mechanical devices, batteries, etc. 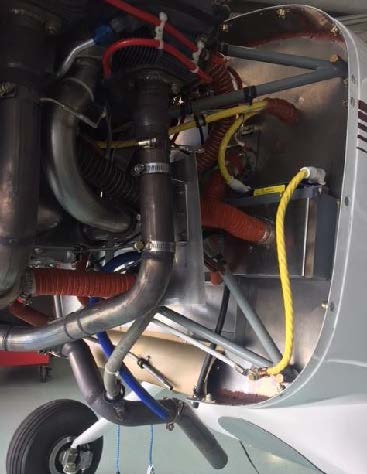 Shown in Figure 1 to the right is a typical experimental aircraft with the battery mounted on the firewall. Like many builds the engine exhaust is routed in close proximity to the firewall mounted equipment. Also note, there is no heat shields on the exhaust pipes.

There are many methods to combat life robbing heat; insulation, shielding, and cooling to name a few. Insulating and shielding are very cost effective methods of dealing with radiated and convection heat. Insulation is used as a medium between objects creating a temperature difference from one side to the other. A heat shield works as a barrier placed between a hot object that is radiating infrared energy, and the object in its line-of-sight. IR energy like light can be reflected. So a heat shield that is reflective will not absorb as much IR energy (heat) as a non-reflective surface.

The EarthX thermal battery box is designed to protect a battery in engine compartment installations from periods of high temperature (up to 1 hour), such as after shutdown, and additionally from radiant heat during flight. The battery box is a stainless-steel box with a mirror finish to minimize the effect of radiant heat, and it has a high-performance insulating foam layer between the box and battery to reduce the effect of convection heat. The hold-down tab comes with a mounting fixture that can hold a cooling air duct up to 1” in diameter. This battery box was engineered to be strong enough to withstand 30 G of force yet only weighs 1 pound. This battery box is designed to be compatible with our existing “E” case battery models; ETX680/900/1200. 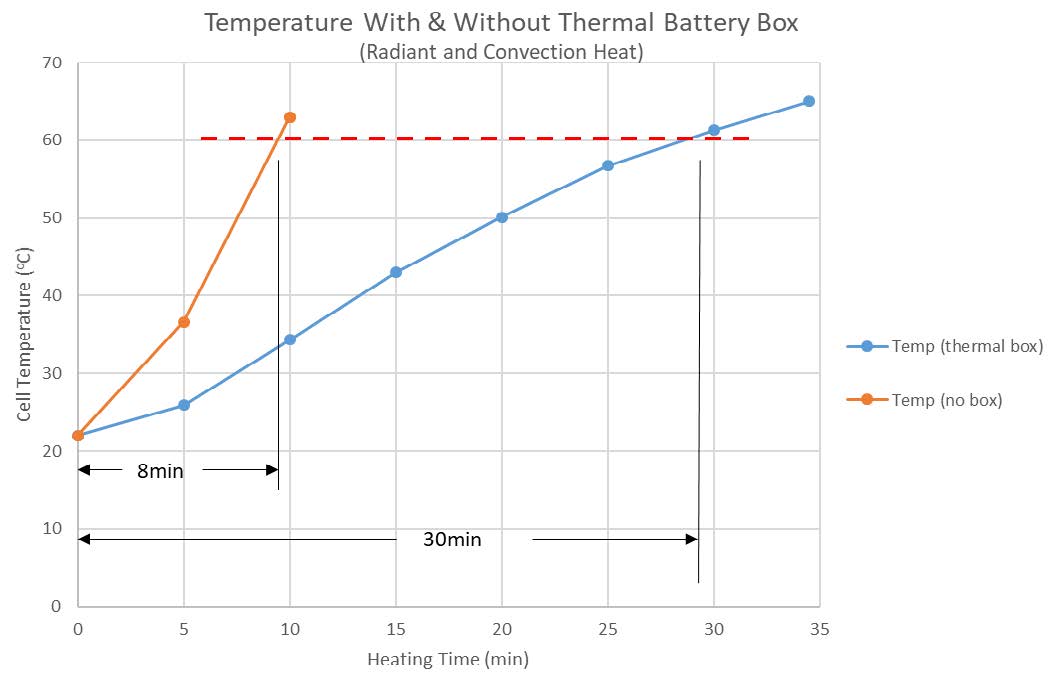 Figure 2 above shows the battery temperature for an extremely hot environment with both radiated and convection heat, with and without the EarthX thermal battery box. For these tests the battery was placed in an environmental chamber with temperatures of 185 Deg F (85 deg C) and simulated 1000 Deg F (538 deg C) exhaust pipe 6 inches from the front of the battery. In this case there was a 3.8X improvement in the time to heat up the battery to the high operating limit. 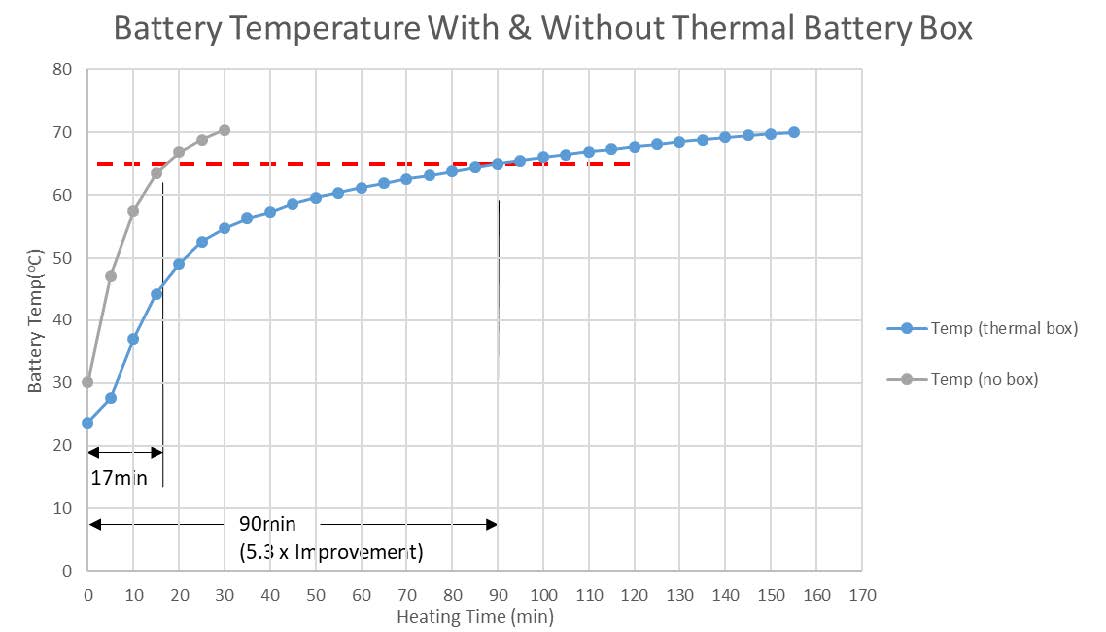 In Figure 3 above the battery temperature rise is with a test environment of 185 Deg F (85 deg C) and simulated 500 Deg F (260 deg C) exhaust pipe. In this case there was a 5.3X improvement in the time to heat up the battery (a more realistic radiated heat level).

Based on extensive testing and experience, the EarthX thermal protection battery box can increase the safe operating temperature range by 20 Deg C, from 60 to 80 Deg C (140 to 176 deg F), and 65 to 85 Deg C (150 to 185 deg F) for short term operation. Although thermal protection is great for very high temperature, the benefits are apparent at any temperatures above 40 Deg C (104 Deg F).

The information contained in this document is the property of EarthX, Inc. EarthX reserves the right to make changes to its documents or products without notice. It is the responsibility of each user to ensure that all applications of EarthX’s  products are as intended and safe based on conditions anticipated or encountered during use. The EarthX logo is a trademark of EarthX, Inc.