The EarthX thermal battery box is designed to protect the battery in engine compartment installations from periods of high temperature (up to 1 hour), such as after shutdown, and from radiant heat from hot surfaces like exhaust systems during and after flight. This stainless-steel box has a mirror finish to minimize the effect of radiant heat, and it has a high-performance insulating foam layer between the box and battery to reduce effect of convection heat. This battery box was engineered to be strong enough to withstand 30 G of force yet only weighs .375Kg or 13.2oz.

All batteries have optimal temperature ranges for use in operation. The ETX-Hundred series is rated for 140 deg F ( 60 deg C) or less for optimal longevity and performance of the battery. Typical lead acid batteries are rated to 113 deg F or 45 deg C. 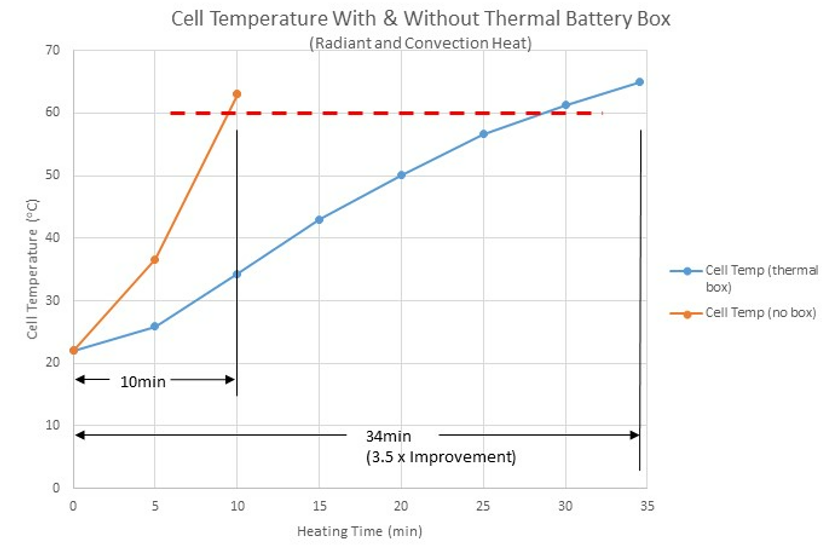 The “Radiant and Convection” graph shows the internal cell temperature with an extreme test example.  The battery was placed in a test environment chamber with temperatures of 185 Deg F (85 deg C) and simulated 1000 Deg F (538 deg C) exhaust pipe 6 inches from the front of the battery.  In this case there was a 3.5X improvement in the time to heat up the battery cells to the high operating limit.  In less extreme temperatures, the improvement can be 4X. 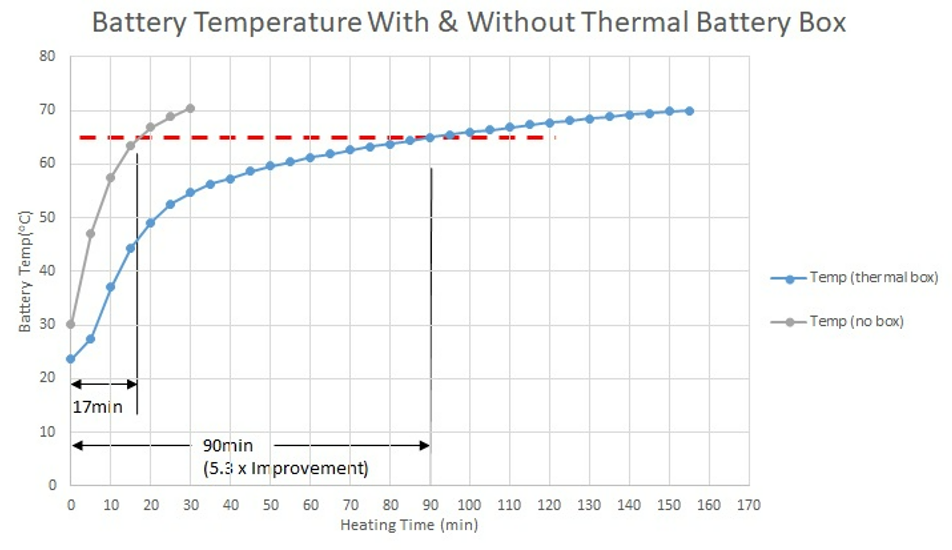 The “Convection” graph shows the battery (not cell) temperature rise with a test environment of 185 Deg F (85 deg C). In this case there was a 5.3X improvement in the time to heat up the battery. 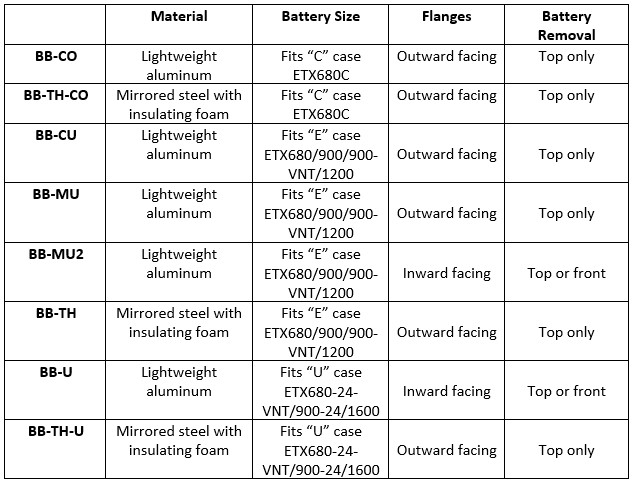